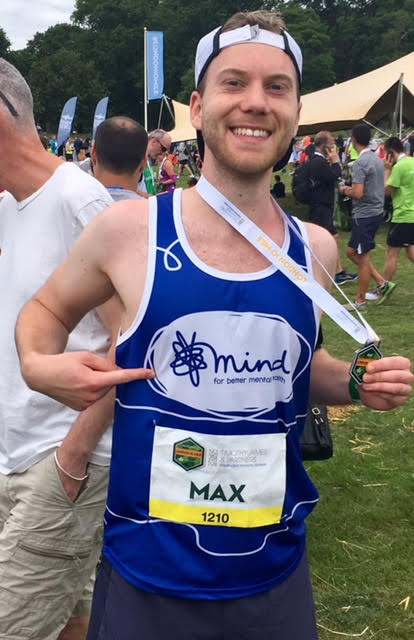 Finding Community as a New Londoner

Some days I think my life peaked in high school. Very few responsibilities, good friends, blissful ignorance, it was a good time. Then came university. Okay, some more responsibilities and increased emotional and social fragility, but I was still enjoying myself and feeling good. Though different, these two periods of my life had one thing in common which made them both successful: a sense of community.

Flashback to last September however and things changed pretty quickly. I secured a full-time job as a music teacher, moved to London from Montreal, found some nice flatmates and became completely independent. Sounds swell, right? Yes and no. I said goodbye to the communities I had built for two decades and said hello Jaffa Cakes, Brexit jokes and unfamiliarity.

Anyone who has made the transition to the infamous 9-5 grind, or a variation thereof, knows it can be tough to find both time and energy for things outside of work. Struggling with this myself in the first few weeks of moving to London, I turned to something that had helped me before in times of need: running. Having struggled with general anxiety disorder since I was 17, I turned to running three years ago as a way of keeping my mind in check. Since I picked it up as a hobby my mental health has improved significantly, but it wasn’t until I moved to London that I discovered how much running could offer.

In mid-September I went to my first group-run with a local run-club. Although intimidated, I made it through the first 7k run emotionally and physically unscathed and with exactly one new friend. I did the math in my head and decided that one new friend a week was more than enough to get me to at least Christmas, thus affirming my dedication to going as much as my schedule would allow.

Weekly runs turned into bi-weekly runs, one friend turned into many and by May I had not only built a community of running friends, but I had also built a much stronger version of myself.

Staring at Google maps on my computer this past spring I began to plan a summer trip around Europe. Wondering how I was going to fit some running in between the beer, train rides and hostels, it hit me that I could do both while adding some purpose to my trip. Soon, my ‘miles4mentalhealth’ initiative was underway. The goal? Complete a 10 mile run in 10 different countries in August to raise money and awareness for mental health. The distance is challenging yet doable, and the cause I’ll be running for was an easy choice given how much running has helped my own mental health. All money donated along the way will go straight to Mind, one of the U.K.’s largest and most influential mental health charities.

Having just turned 24 I no longer think I peaked in high school. What I’ve learned is that you make adjustments as you enter new phases of your life that offer new challenges, and having a community or two along the way to help you through that process can make all the difference. This upcoming trip is about building off of the running community that has inspired me to inspire others, and I’m equally thankful to Sound for giving me a new community to look forward to every week. It can be hard, but making time for things outside of work that we love is an important part of keeping our mind in good shape.

To learn more about Mind – The Mental Health Charity, my plan and how to donate to my adventure you can visit www.justgiving.com/fundraising/miles4mentalhealth or check me out on Instagram @snaxwell1 where I’ll be posting pictures and updates on my travels.