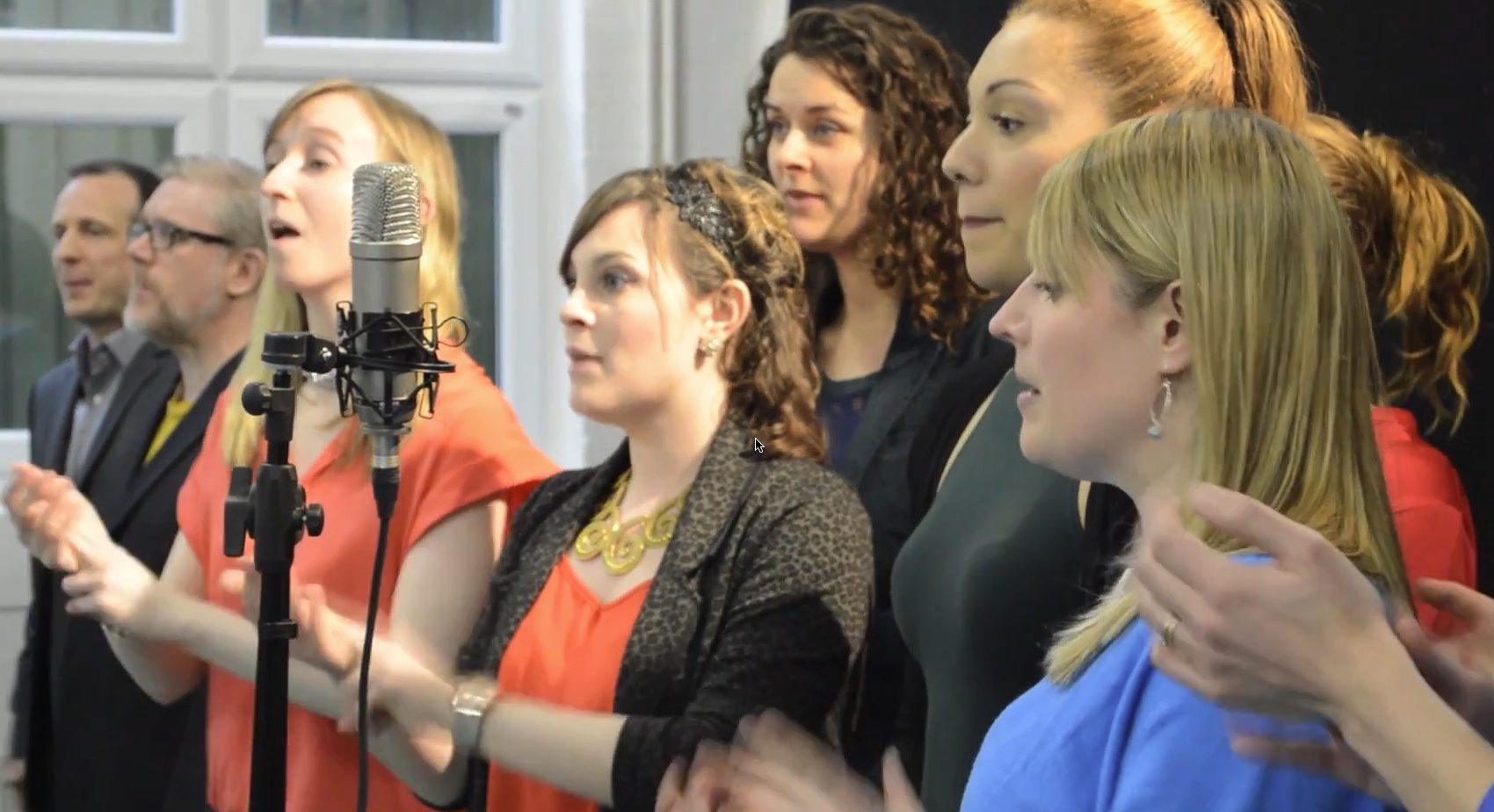 2015 was an exciting chapter in our story so far…

The carols have been sung, the concert in winter woollens performed and the SOUND Christmas party celebrated (the fuzzy heads the next morning less so!) Yes, somehow the end of the year has come, and it’s been a big one for SOUND!

To begin with, it’s the year we really got out on the London music scene, kicking things off with a performance at London A Capella Festival in January and going on to perform at The Roundhouse, King’s Place and The Southbank Centre. We performed for hundreds at the semi-final of the International Competition of Collegiate A Cappella (ICCA), and were inspired by the wealth of new talent coming through at university level.

We also shared a stage with some pretty awesome acts, from the internationally renowned Swingles to The Sons of Pitches, who went on to sing their way to success in BBC Series The Naked Choir later in the year.

In terms of repertoire, we branched out and tackled some really exciting new pieces this year – from Scandi A Cappella to West African folksong. We didn’t abandon our pop roots however, adding INXS, Hall and Oates and Tower of Power to the mix.

Perhaps the most exciting new challenge in terms of new material was our collaboration with talented young composer Ben See. We got into the Studio in March to record the video premiere of his multi-layered, experimental piece Moment.Sound.Blur – complete with body percussion and dubstep beats. If you missed it the first time, you can check it out here.

2015 was also the year we made our mark as a session choir, performing live on stage at The Bedford in Balham for the launch of singer songwriter Emma Ballantine’s new EP. We’re always open to working with new composers and arrangers, and we’re looking forward to new collaborations in the New Year!

Yet in spite of some exciting opportunities, it wouldn’t have been half as much fun without such a great bunch of people. From mid-rehearsal biscuits to post-gig drinks, not to mention regular SOUND socials, we’ve spent this year getting to know each other better and also welcoming some new faces (and voices!) to the group.

So things are looking good for another exciting year in 2016 – with new places to perform, pieces to tackle and people to meet. But in the meantime, we just wanted to say a big thank you to everyone who’s supported us this year, and have a wonderful Christmas break!